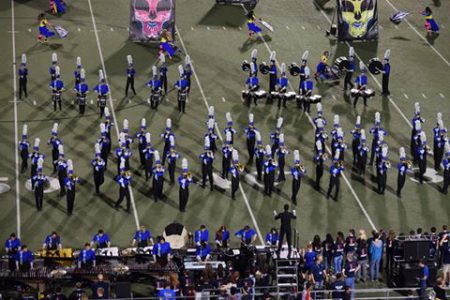 Congratulations to the Richland High School Marching Band for being named Grand Champion of the Lone Star Preview Marching Contest in The Woodlands, Texas. During preliminary competition, the band placed first overall and won every caption in the AAA division including Best Auxiliary, Percussion, Musical Performance, Visual Performance, and General Effect. In finals, the band placed first overall as well as receiving caption awards for Musical Performance and General Effect. Of special note is the fact that RHS was the only 5A band selected for finals and competed against many recent UIL State Marching Contest finalists. #BISDShines